By KRYSTLE CHOW
Published in the Ottawa Business Journal newspaper and website.
Jan. 3, 2007 (Jan. 8 in the newspaper edition) 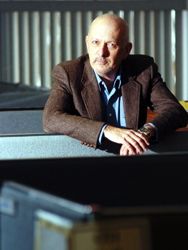 The Ottawa Talent Initiative will continue to operate its Action Centre in the new year, despite recent funding worries in the wake of a new agreement to transfer federally funded employment and training programs to the province.

The tech-focused employment services agency says it is optimistic that the province will continue to support its operations, although it agrees that it will probably be in a scaled-down capacity.

“We’ll have to make some changes to our programs, of course, but the province has given us every indication that it is going to support us,” says OTI executive director Gary Davis.

OTI’s funding arrangement with the federal government expired Dec. 31, coinciding with the new Canada-Ontario Labour Market Development Agreement which transferred $525 million in federal employment and training programs to the province on New Year’s Day. As such, the agency had had worries that it would not be able to apply for new funding with the province until after the agreement was completed, by which time it would have closed its doors.

However, Mr. Davis says he is confident that the province is interested in dealing with the problem of matching up tech workers with employers and ensuring that the skill sets needed are up-to-date.

“I’ve never been more optimistic,” he says. “The province is taking the strategic view in sitting down to deal with the specific concerns of the high-tech sector and the transfer of knowledge for the industry.”

Mr. Davis says the agency is looking forward to continuing what it’s been doing to help help laid-off high-tech workers get reintegrated into the industry, as well as to discussing a long-term strategy with industry representatives, the education sector, and the government to deal with tech employment issues.

Mr. Davis says that despite the fact that OTI’s funding will not be as much as was before, he is optimistic the provincial government recognizes that the agency offers an important service, since the employment resources available to most Ontarian workers aren’t suitable for tech workers.

He says OTI doesn’t have all the details yet, but the agency will have more information on Jan. 12 after meeting with the province to discuss what its new focus will be.