By KRYSTLE CHOW
Published in the Ottawa Business Journal newspaper and website.
Aug. 22, 2011 (Aug. 29 on OBJ.ca) 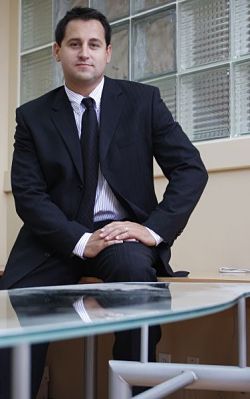 Several local tech firms are cautiously optimistic the federal government’s new Shared Services Canada initiative will bring fresh business opportunities, but questions remain about how it will all play out.

After years of discussion and some early work with the centralized provision and management of IT services through Public Works’s Information Technology Services Branch, the federal government announced the establishment of a broader-based department that will begin consolidating the bureaucracy’s disparate tech systems.

While the new Shared Services Department said it’s contemplating public-private partnerships to aid the process “where it makes sense to do so,” the role of the private sector is still unclear at this point, observers say.

“There’s a need to really define the strategy … about how they want to move forward. Release what they know, get the speculation out of the air, let people understand what they’re working with,” said Jeff Lynt, president of inRound Innovations and spokesperson for the Canadian Business Information Technology Network, or CABiNET, industry association.

“We often see when things are announced that everybody’s wondering what’s going to happen, and the quicker they can get past that, the faster people can get to work on solving the problems.”

Louis-Martin Parent, policy analyst for the Canadian Federation of Independent Business, noted it would be helpful to have a clear list of timelines and goals, as well as an idea of what platforms the government plans to move to.

“Public-private partnerships could mean a lot of different things; in the past, one problem our members have had is if they bring an innovative solution that doesn’t fit the checkmark list of requirements, the solution gets dismissed,” he said. “We support the concept, but it’s a devil-in-the-details kind of situation.”

Indeed, when asked about how the private sector would be involved in the process, an e-mail to OBJ from Shared Services Canada president Liseanne Forand said only that “industry will be kept informed of the transition progress” and that the department would “ensure outsourcing arrangements are structured to allow for small and medium-sized enterprise participation.”

There are some specifics, of course; within the next two months, Shared Services Canada will take over ITSB’s existing shared services resources, as well as roughly 7,000 employees from 44 other IT-intensive government departments and agencies.

Chief among these are the Department of National Defence, Canada Revenue Agency, and Human Resources and Skills Development Canada, according to Ms. Forand’s e-mail.

The consolidated department’s first focus will be to move the federal government’s more than 100 e-mail systems, 300 data centres and 3,000 network services to a single e-mail system and fewer than 20 data centres, while streamlining the networks that link the data centres to avoid duplication.

Ms. Forand wrote that her department will “ensure that we take a co-ordinated approach, and plan better, so that our networks can serve many departments at once and provide business continuity to all departments.”

“In addition, having an organized, co-ordinated system of networks means that it will be easier to detect and address problems and thus make government IT infrastructure more secure,” the e-mail read.

Shared Services Canada is also developing a deficit reduction plan to identify five-per-cent and 10-per-cent savings options, which will produce cost reductions of at least $100 million and $200 million respectively.

At any rate, said Mr. Lynt, the key to obtaining fulsome understanding of those efficiencies, without hurting service delivery, is to sit down with the private sector.

“You have to consult with industry and with departments to understanding the pitfalls, things that need to be looked out for, the advantages that can be gained, and then you can really start to narrow it down, specifically in which areas of those three categories would be the best to look at integrating,” he said.

“I think there’s tremendous opportunities to find gains; it’s just a matter of doing the proper research and the proper homework before starting to go after things willy-nilly.”

The current situation: The federal government has more than 100 different e-mail systems, more than 300 data centres, and more than 3,000 network services.

The savings: Shared Services Canada will identify 5% and 10% savings options, translating into cost savings of at least $100 million and $200 million.

The timing: Consolidation of existing resources and personnel relating to e-mail, data centres and networks and associated internal services from the 44 departments and agencies to take place within the next two months.